This is an archive of a PDF document of the slide presentation during the lecture, "Homosexuality in Singapore: Perceptions, Public Opinion, and the Media" by Assoc Prof Benjamin H. Detenber of the Wee Kim Wee School of Communication and Information, Nanyang Technological University on 24 January 2011.

The original document can be downloaded here:[1]

Screen grabs of the PDF[] 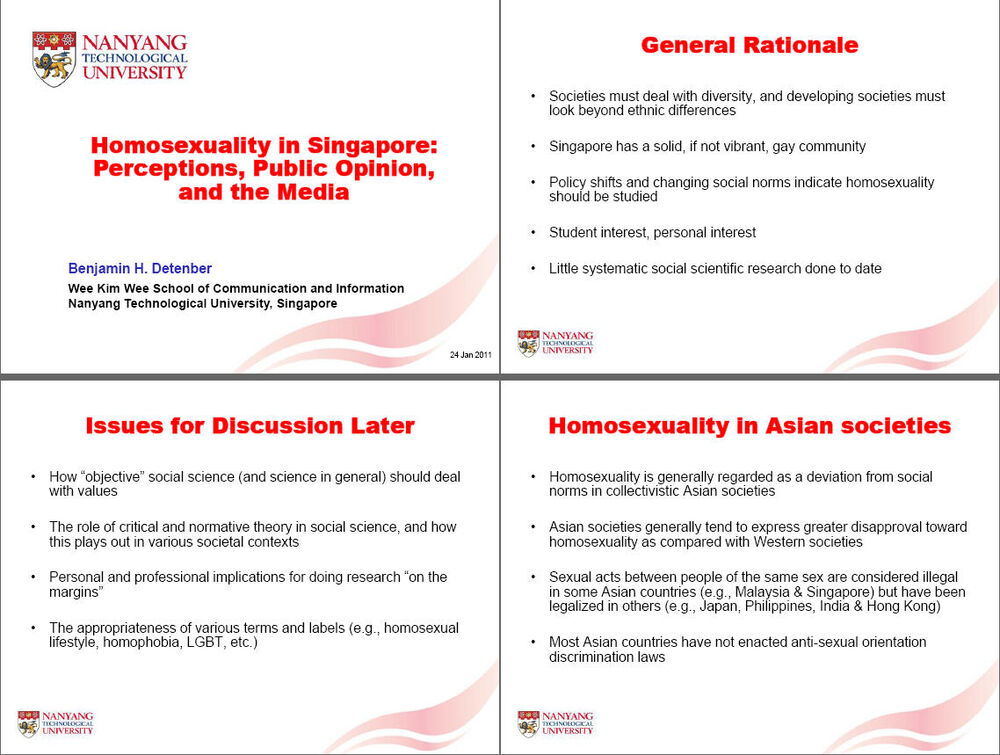 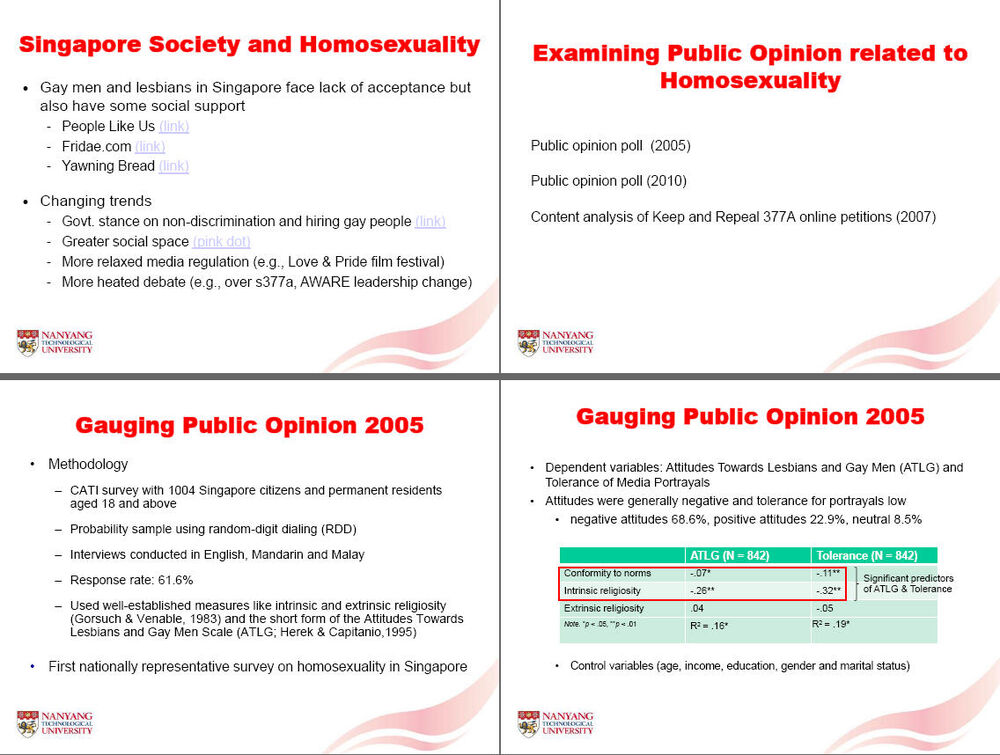 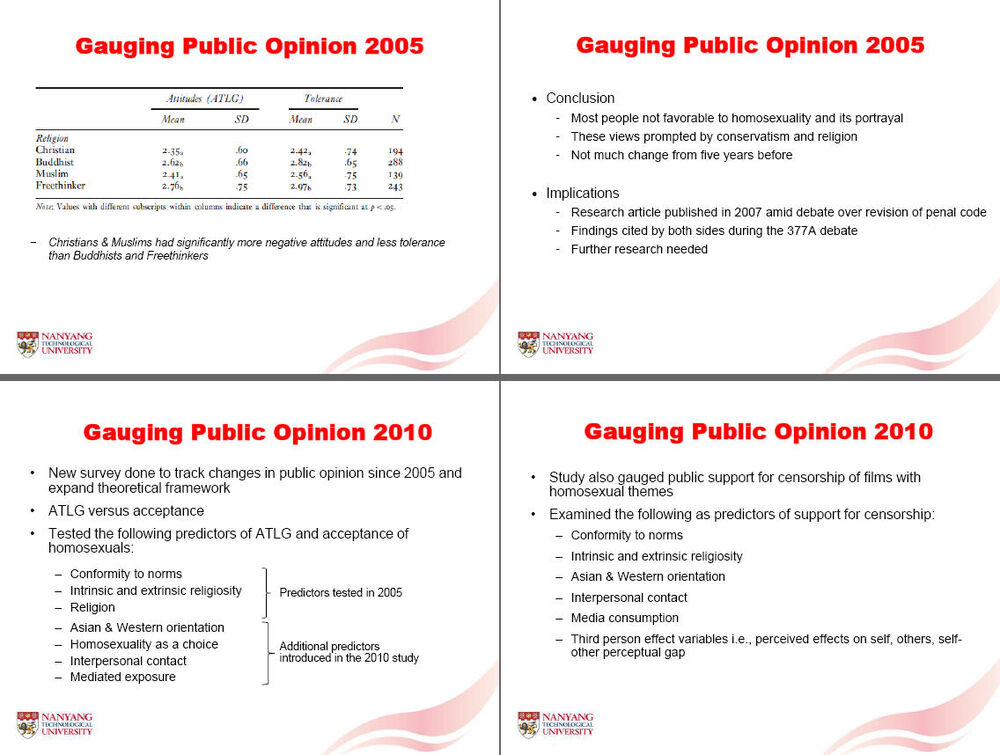 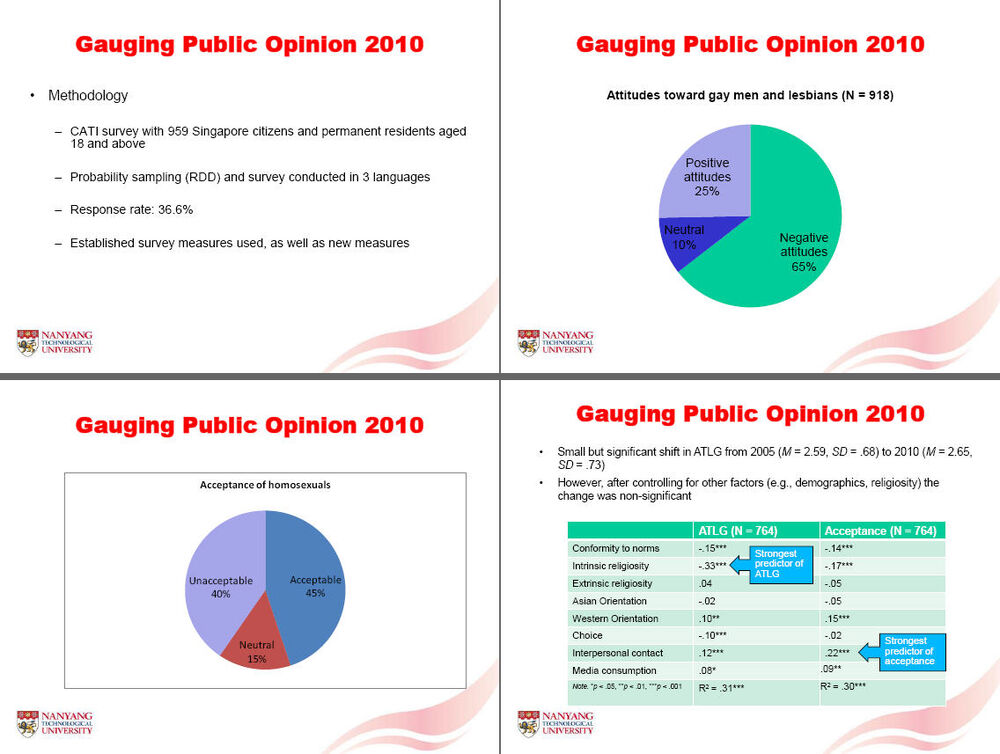 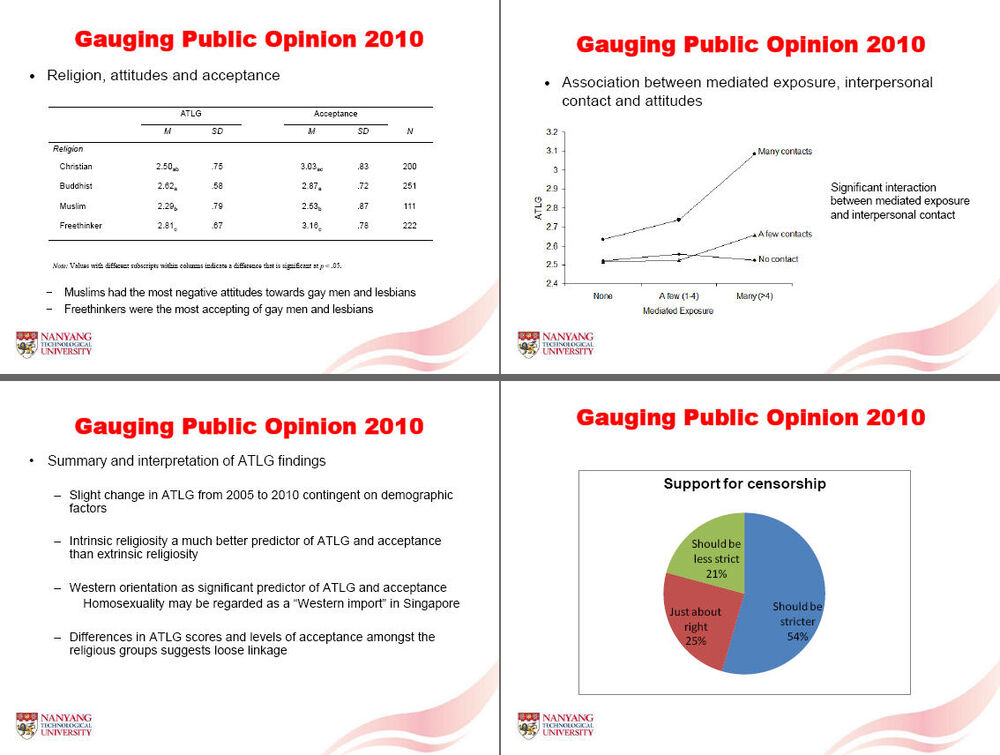 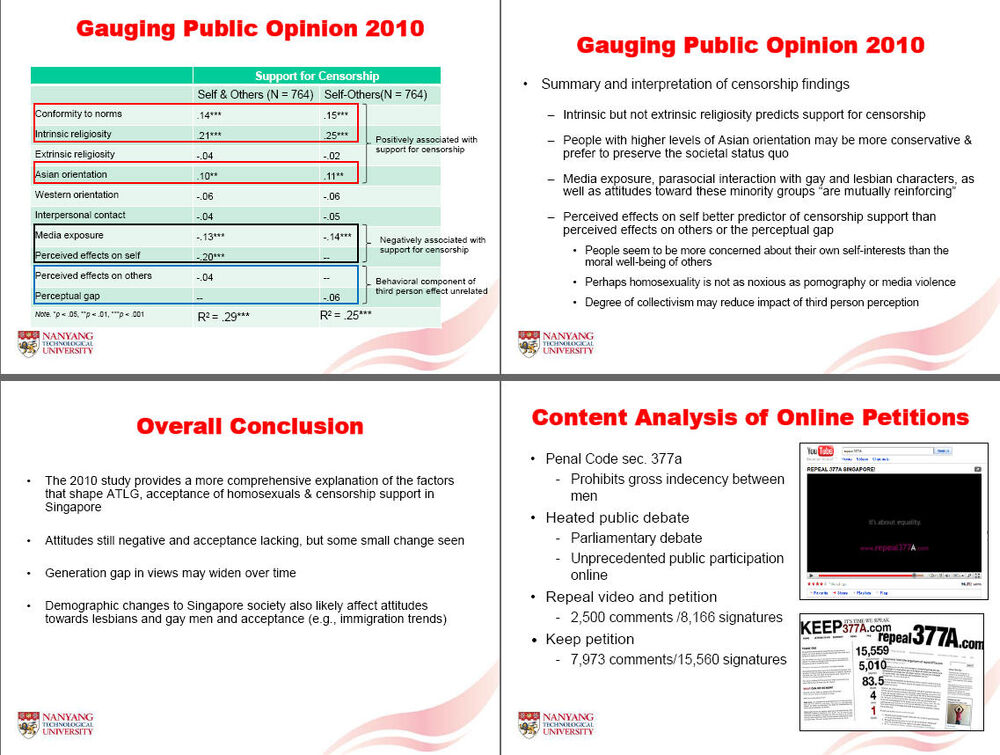 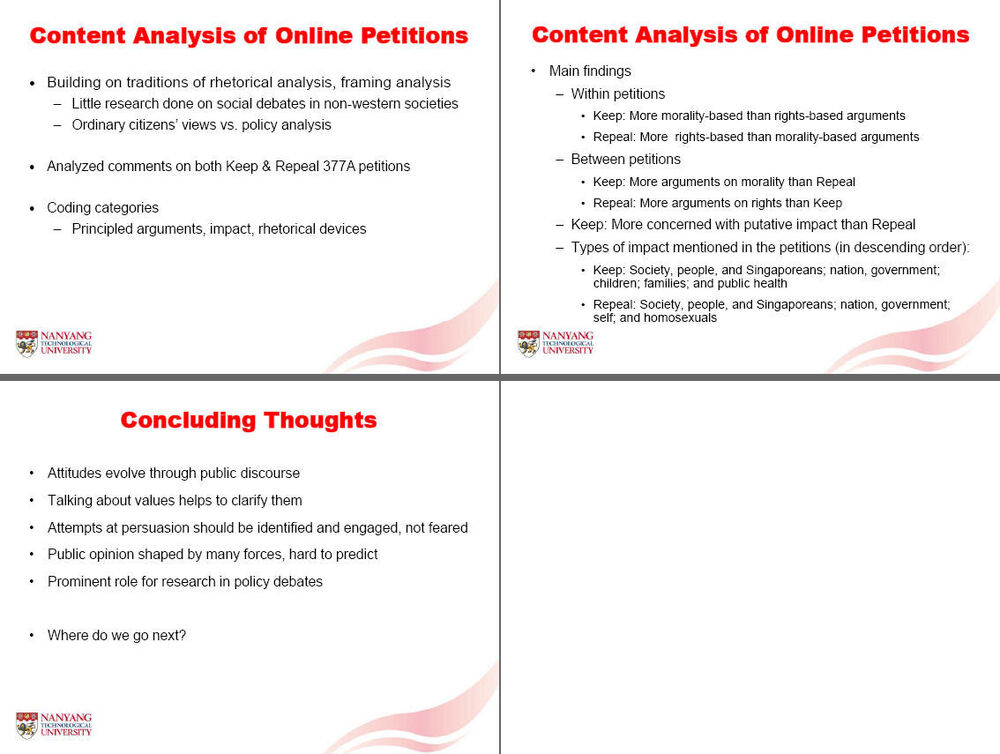 Editable text of the PDF[]

–Used well-established measures like intrinsic and extrinsic religiosity (Gorsuch & Venable, 1983) and the short form of the Attitudes Towards Lesbians and Gay Men Scale (ATLG; Herek & Capitanio,1995)

–Most people not favorable to homosexuality and its portrayal

–These views prompted by conservatism and religion

–Not much change from five years before

–Findings cited by both sides during the 377A debate

Tested the following predictors of ATLG and acceptance of homosexuals:[]

Additional predictors introduced in the 2010 study[]

-Muslims had the most negative attitudes towards gay men and lesbians

-Freethinkers were the most accepting of gay men and lesbians

Summary and interpretation of ATLG findings

–Western orientation as significant predictor of ATLG and acceptance

Homosexuality may be regarded as a “Western import” in Singapore

Should be less strict 21%

Perceived effects on self

Perceived effects on others

Positively associated with support for censorship

Negatively associated with support for censorship

Summary and interpretation of censorship findings

–Intrinsic but not extrinsic religiosity predicts support for censorship

–Media exposure, parasocial interaction with gay and lesbian characters, as well as attitudes toward these minority groups “are mutually reinforcing”

–Keep: More concerned with putative impact than Repeal –Types of impact mentioned in the petitions (in descending order):