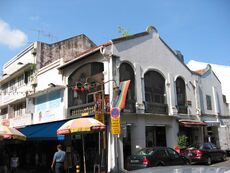 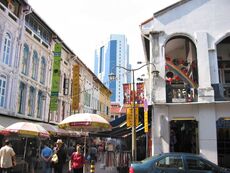 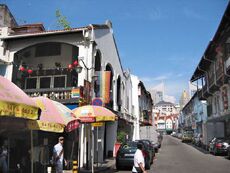 It was a cozy, uniquely decorated, gay-owned bar, with a balcony for flirting with passers-by. The balcony proudly displayed a rainbow flag. Fridays and Saturdays were the best days to go and were therefore particularly jam-packed. Sunday nights were less crowded and preferred by some because they could have more meaningful conversations.

The staff were renowned for their hospitality and drinks were reasonably priced - $10 for a beer and $12 for house pours (2013 prices). It was located close to multiple clubs and gay saunas, opening daily from 7pm to 4am during the weekends but closing earlier at 1am on weekdays.

Attire was casual. Patrons needed to be at least 18 years old because alcohol was could only be sold to those of legal age.

A large proportion of the bar's clientele was elderly, polite, Caucasian visitors and their Asian, including Filipino and Singaporean, admirers. In other words, it was an East-meets-West bar, a concept that was started by Vincent's Lounge in the 1980s. Patrons could go alone and sit at the bar and talk to any stranger they could find. Conversations were pleasant, like having a date with no date and with no strings attached. Sometimes, they would adjourn to the more crowded Tantric, another well known East-meets-West bar as the night progressed.

The premises at Trengganu Street was taken over by another gay bar, Dorothy's after Backstage Bar relocated to Neil Road in 2015 (see below).

In 2015, Backstage Bar relocated to 80 Neil Rd, tel. no. 6423 9232, retaining the same friendly staff who gave good service at the former location. However, some patrons have remarked that the vibe of the new venue is less appealing than at Trengganu street. Customers can use the rear entrance via Teck Lim Road or via Tantric Bar. Opening hours are from 8pm to 4am. 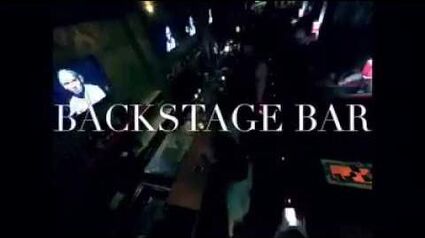 It serves strong drinks at reasonable prices. House pour liquors are priced at $12 for a double shot all night long and there is no GST or service charge. Happy Hours from Sundays to Thursdays are from 6pm to 9pm.

During the weekends, partying is fast and furious and the music never too loud.

On weekdays, the bar is transformed into a cozy hang-out spot, perfect for chilling out with old and new-found friends. Patrons drop by for a relaxing drink after work, or for a chat with the amicable staff.

The bar features both indoor and outdoor areas: patrons may choose to snuggle on the sofas inside, or watch the world go by from the comfort of their breezy balcony.

The bar serves dinner and drinks. Reservations are taken but walk-ins are also welcome. It is good for groups. There is waiter service and outdoor seating.