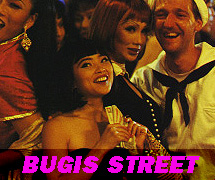 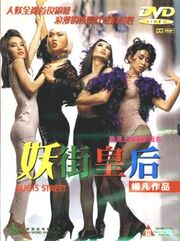 Bugis Street was a 1995 Hong Kong-Singapore co-production about the lives of Singaporean transgender women in a bygone era. It was a minor hit at the box office on account of its R(A) (Restricted (Artistic)) rating and its nostalgic evocation of a seedy but colourful aspect of Singaporean culture, prior to the redevelopment of Bugis Street into a modern shopping district and the eradication of transwoman activities in the area. 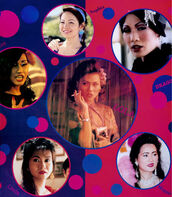 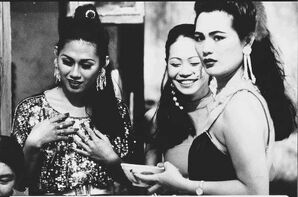 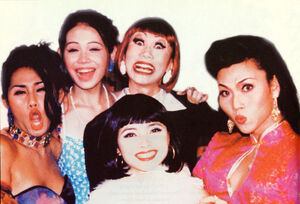 16-year old Lien, winningly portrayed by Vietnamese actress Hiep Thi Le, is this Yonfan-directed, Jacky Tang-lensed and Fruit Chan and You Chan-co-scripted offering’s main protagonist. Despite her having worked for a time as a servant in a household whose "young master" adored her in her hometown of Malacca, West Malaysia, the young lass comes across as having led a surprisingly sheltered life. She journeys to Singapore to seek employment as a maid in the Sin Sin Hotel along Bugis Street. 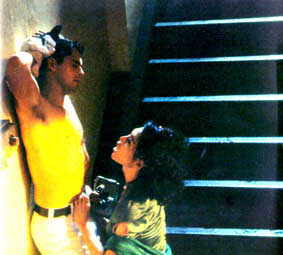 She seems thoroughly content for a time to possess a naive, romanticised view of the rambunctious goings-on at the hotel where she witnesses "the sad departure of an American gentleman" from the home-cum-workplace of "his Chinese girl". The guest is actually a presently-sober but angry American sailor who has belatedly discovered that the Singaporean Chinese prostitute he picked up in Bugis Street and spent a drunken night with happens to be a transwoman. 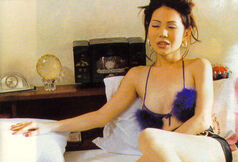 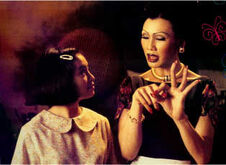 Before long, the newbie employee Lien finds out that many of the long-term lodgers of the budget establishment, whose room rental rate is S$3, whether it be for an hour or the entire day and night, are "women" who were born with male bodies. Although her first reaction to seeing someone with breasts and a penis is one of vomit-inducing revulsion which causes her to contemplate fleeing the neighbourhood, she ends up not giving in to her impulses.

Instead, she listens to, then heeds, the warm cajoling of Lola, the transvestite hotel resident who has treated her well from the start of her stint. She comes to be unperturbed by the unique, complex personalities of the unorthodox community, who in turn also begin to accept her. 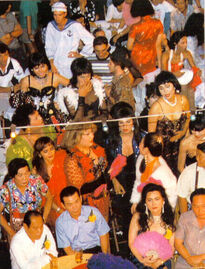 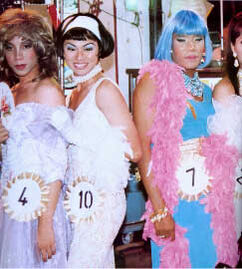 As she learns to look beyond the surface, she is rewarded with the generous friendship of the cosmopolitan and sophisticated Drago, who has returned from Paris to minister to his/her dying but loving and tolerant mother. 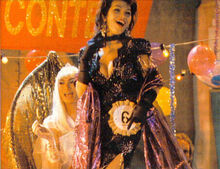 While Lien learns the ways of the world via her encounters with Meng, the slimy, often underdressed boyfriend of Lola, as well as night-time escapades on the town with the Sin Sin Hotel’s other denizens, she begins to see beauty in unlikely places and to grow despite the presence of ugliness in an imperfect world.

Retrieved from "https://the-singapore-lgbt-encyclopaedia.wikia.org/wiki/Bugis_Street_(film)?oldid=26781"
Community content is available under CC-BY-SA unless otherwise noted.