Gary Lim is a graphic designer who founded The Bear Project together with his long-term partner, Kenneth Chee.

They were the second plaintiffs, after Tan Eng Hong, to challenge the constitutionality of Section 377A of the Singapore Penal Code which criminalises sex between men.

In early 2013, Lim and Chee, who were hitherto a very private couple and who preferred to keep a low profile, were persuaded by lawyer Indulekshmi Rajeswari to join the challenge against the constitutionality of Section 377A, a case initiated by human rights lawyer M Ravi on behalf of his client Tan Eng Hong in 2010. Having been together for 15 years, they contended that the statute discriminated on the basis of sexual orientation, which makes it a violation of Article 12 of the Constitution stating that "all persons are equal before the law and entitled to the equal protection of the law"[1]. 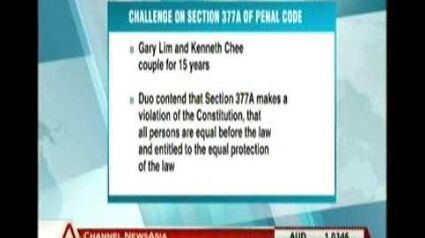 Represented by lawyers Peter Low, Choo Zheng Xi and Indulekshmi Rajeswari, Lim and Chee argued before Justice Quentin Loh during a closed-door hearing on Wednesday, 13 February 2013 that Section 377A was "absurd, arbitrary and unreasonable" for several reasons.

For example, it criminalised the "identity" of a person - premised on their argument that homosexuality is "innate and immutable" - and the fact that it is selectively and arbitrarily enforced. The Government had said, following previous calls for a repeal of the law, that Section 377A would be kept but not proactively enforced.

The Attorney-General's Chambers, however, submitted that the statute differentiated between men and women, and not specifically to gays. In other words, the law also applied to heterosexual or bisexual men. It added that Section 377A had the "clearly-stated purpose of reflecting public morality" - a point contested by Lim and Chee, who pointed out that it does not cover lesbians and heterosexuals who choose to commit other acts which are against public morality, such as adultery or pre-marital sex.

Gary Lim and and his partner Kenneth Chee were very different from Tan Eng Hong who first initiated the Section 377A constitutional challenge. Lim and Chee both worked for a graphic design company and had advanced degrees. Although they had been “in a romantic and sexual relationship” with each other for the past sixteen years, they did not live together due to Lim’s need to look after his aging parents who were not well.

Lim said that his parents did not know that he and Chee were gay, but his mother had recently indicated a tacit acceptance of their relationship. Chee’s family had never directly addressed the true nature of Lim and Chee’s relationship. Lim and Chee had a life together but generally did not feel that they could be openly affectionate in public in Singapore.

Both grew up with the knowledge that having gay sex was illegal, but more significantly, both of them felt the social stigma of being gay as they were growing up, and this feeling of stigmatization continued to date. They were also apprehensive as they had heard of male homosexuals being charged with ‘gross indecency’ under Section 377A of the Penal Code.

Lim ran The Bear Project, an informal social group for ‘plus-sized’ gay men who engaged in activities like hiking, movies, potluck gatherings, museum-hopping, overseas trips and charity events, eg. visits to old folks' homes. Lim expressed concern over getting into trouble with the authorities and claimed that it would be difficult to register The Bear Project because societies that related to non-heteronormative sexual orientation were not granted automatic approval.

Lim experienced discrimination in school and in the army and still felt discriminated against to that day. Similarly, Chee said that he had seen and experienced discrimination in school, in the army, and in society generally. Both Lim and Chee felt that Section 377A’s very existence acted to reinforce this discrimination by labeling them as criminals, regardless of whether or not it was enforced. Although Lim and Chee conceded that they did not live in perpetual fear of being arrested, they insisted that the knowledge that authorities had the power to arrest and charge them with an offense under Section 377A was always in the back of their minds.

What is clear from the biographies of all parties is that to be gay in Singapore is not easy. Tan Eng Hong, Lim, and Chee all faced discrimination at some level and either fear or have experienced prosecution under Section 377A. However, the stark difference in how these two sets of plaintiffs are represented in the mainstream media and treated by the community demonstrates that Section 377A not only has terrorized the homosexual community, but has also torn it apart, all the while placing the community under the scrutinizing eye of the public.

The mainstream media’s description of them helps to underscore this point. Lim and Chee were introduced in The Straits Times as “graphic designers Gary Lim, 44, and Kenneth Chee, 37,” who have been “a couple together for 15 years” and who “have been doing activist work in the gay community, like collecting signatures for the petition against Section 377A in 2007.”

Their public persona enabled the media to focus attention on the couple, while providing gay and straight Singaporeans with plaintiffs behind whom they could rally. The article also highlighted the couple’s contribution to the gay community in bringing the lawsuit and emphasized their feeling that “it was the right time to do something bigger for the community.”

In contrast, Tan was mentioned only in passing. The same article did not credit his initial challenge as creating the possibility of the couple’s suit, regardless of whether he felt altruistic or brought his lawsuit for personal vindication. His description in the article was even less flattering: “Mr. Tan, 49, had started his challenge in 2010, following his arrest for engaging in oral sex in a public toilet.”231

Moreover, Singaporeans also received the two sets of plaintiffs differently. When Tan first filed suit challenging the constitutionality of Section 377A, he and his counsel faced immediate opposition and received little support. Soon after Tan filed his suit, a popular gay blog published an article denouncing Tan’s actions that had led to his arrest and tacitly supporting criminal prosecution of “sex in public spaces.”

On 18 April 2013, Gary Lim and Kenneth Chee, plaintiffs in the Section 377A constitutional challenge who decided to appeal the recent High Court judgment solicited the help of friends and supporters in launching a fundraising appeal on Indiegogo to raise US$50,000 to help meet court costs[2].

The entire amount was raised within 18 hours of the launch of the campaign, earning it the disctinction of being the most popular Indiegogo community campaign worldwide. The final amount raised was USD$107,730, donated by 952 backers. This large sum enabled all the human rights lawyers, who had initially agreed to undertake the case pro bono for the couple, to be paid their usual professional fee.

The campaign video was jointly produced by Boo Junfeng and Loo Zihan. 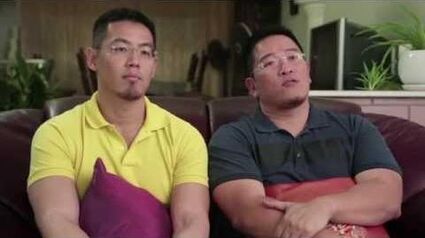 On 29 October 2014, Lim and Chee released the following statement after the Court of Appeal ruled against them and Tan Eng Hong[4],[5],[6]:

"We are deeply disappointed with the judgement of the Court and though it has ruled that it is beyond its judiciary function to help the lgbt community, we are thankful that the justices have taken the time to consider this appeal in detail. We hope that parliament will be able to do so as well.

While the legal road for us has ended, we believe and hope that this case has inspired Singaporeans - straight, gay, bisexual and transgender - not to keep silent in the face of prejudice and inequality.

We have been in a loving relationship for over 17 years and this past year has been an incredible milestone for us. We decided to embark on this journey because we felt that the LGBT community deserves to be recognized as equal to the rest of society in the eyes of the law and have been witness to the discrimination and unfair treatment of the LGBT community on the basis of S377A of the Penal Code.

Being a part of this historical campaign provided us the opportunity to show young LGBT people that there are gay and lesbi​an couples in Singapore who have weathered the discriminatory nature of our society and though we have to strive harder than heterosexual couples to be together, it can be done. We hope that we and the many other LGBT couples who are increasingly telling their stories will help others, and we hope that Singaporeans will see this as a minor setback for equality and fairness, and that we can as a country recognise the value of LGBT people.

We would like to thank the many people who have supported us on this fight. From the many who have donated funds to the legal case, to those who have contributed their knowledge and expertise. We also thank our lawyers Deborah Barker and Peter Low both of whom have been immensely supportive during the 2 phases of our legal challenge.

This particular journey may have ended for us but it continues for the rest of the community.