Kirsten Han is a freelance journalist and Editor-in-Chief of New Naratif, a platform for Southeast Asian journalism, research, art and community-building. She also curates We, The Citizens, a weekly email newsletter covering Singaporean politics, social justice and civil society. 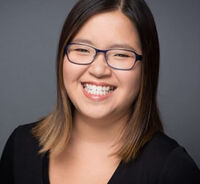 Originally trained in film and video production, Han got her introduction to journalism while working as an assistant producer on documentary projects. She began freelancing, mostly in print and online journalism, in 2012. Although largely focused on her hometown of Singapore, she has also covered stories from countries like Greece, Scotland and Malaysia.

Han has covered a wide range of topics - from general news to business, and even architecture but tends to gravitate towards the themes of social justice, civil movements, human rights and democracy. Her features, reports, and op-eds have appeared in The Guardian, The New York Times, The Washington Post and Asia Times. In 2019, her essay The Silhouette of Oppression was published by Epigram Books.

Outside of work, she is a founding member of We Believe in Second Chances, a group advocating for the abolishment of the death penalty. As part of the campaign, she tells the stories of death row inmates and their families, and also volunteers her time as a case worker to work with the families of inmates.

In 2016, she was named the Advocate of the Year at the Singapore Advocacy Awards, both for her work as a journalist as well as her role in the anti-death penalty campaign. She was also named a Champion of Gender Justice and Equality at the AWARE Awards that year. In 2018, she received an Honourable Mention for the World Justice Project’s Anthony Lewis Prize for Exceptional Rule of Law Journalism. In 2019, she won a Human Rights Press Award for her commentaries on “fake news” and freedom of expression.

Han is a staunch ally of the LGBT community and has written numerous articles advocating equal rights for LGBT Singaporeans. In honour of her allyship, she was invited to give a speech as one of the Community Voices during Pink Dot 2017.

Han is fluent in English and Mandarin Chinese, and writes in English. She is also skilled at using computer software such as Final Cut Pro, Avid Media Composer, iMovie, Microsoft Word, Microsoft PowerPoint, Pages and Keynote.

She commissions features from around Southeast Asia, as well as writing stories. She also works on community-building initiatives and events.

She multi-tasks and works as a journalist, a writer, a community manager, a project manager, a fixer, a videographer and a photographer as and when necessary. My bylines have appeared in publications like The Guardian, ABC News, Al Jazeera English, Southeast Asia Globe, Waging Nonviolence and The Diplomat, among others.

As dpa German press agency’s only correspondent in Singapore, she covered breaking news and features.

She wrote short blog posts and news updates on current affairs in Singapore.

She assisted the Interim Chief Editor in vetting/editing articles, as well as coordinating volunteers. I also contributed to the site in terms of articles, photographs and video, and was an administrator of the Facebook page.

Her duties included researching stories, handling the logistics of productions (confirming schedules, setting up interviews, etc.), helping out on both local and overseas shoots, digitising and transcribing footage, assembly editing, sound mixing and handling administrative matters such as deliverables and accounts. She also helped to supervise interns.

A youth-led campaign against capital punishment in Singapore, the NGO researches and tell the stories of death row inmates. It also organises events and forums to try to encourage more discussion on the death penalty in Singapore.