The bar was a sole proprietorship incorporated on Thursday, 11 March 1999 and cancelled as a business entity on Saturday, 1 July 2017[1]. It was issued with a Unique Entity Number (UEN) of 52887580M by the Accounting and Corporate Regulatory Authority (ACRA) on 11 September 2008[2]. Its primary business activity using the Singapore Standard Industrial Classification (SSIC) was listed as a pub and its secondary business activity, a restaurant. 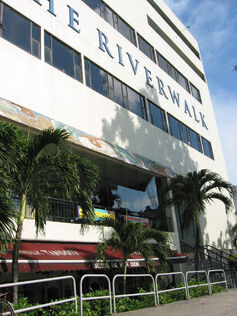 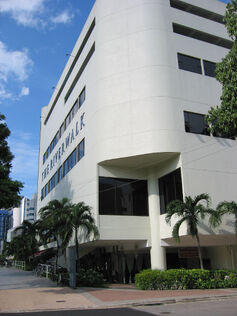 Located across the street from Boat Quay, the pub came alive every Friday night with Top 40 and R&B hits, a packed dance floor and an al fresco area. It was a good bet for an action-packed girls-only night out. It opened in 1999 and closed in 2008.

Parking was available at The Riverwalk Multi-Storey Car Park and the URA Open Car Park at Carpenter Street and Upper Circular Road.

The commercial unit #B1-01/06 is currently (as at 2019) occupied by CANVAS Club[3],[4] which hosts The Kumar Show, amongst other acts. It is occasionally the venue for Herstory's lesbian night on the 1st Saturday of every month.

Amanda Lee Koe, in her article "Not Gonna Get Us" published in The Paris Review on 29 July 2019[5], recounts her experience at the pub:

"On the last day of 2002, we went to Mad Monks, a lesbian club flanking the Singapore River. It doesn’t exist anymore. The bouncer was a butch in her thirties. I was stunned: There are old lesbians in Singapore? Patently underaged, we were told to run out the back in the event of a police raid. Inside, there were adult butches in binders dirty dancing with adult ah lians in halter tops. Online anglophone definitions of this Hokkien slang word suggest a “skimpily dressed girl gangster with tattoos,” an “unsophisticated hillbilly seen in unsavory places,” a “distasteful (Singaporean Chinese) female who speaks bad English, is lowly educated, crude, loud, foulmouthed,” but this does nothing to capture the demotic reverence encoded in the term, which is not half as pejorative as it sounds: the ah lian is always hot, sassy, and ready to hold her own in a fight. Wow, I smirked to myself, watching them dance. It was so not a phase."