The NLB saga (popularly nicknamed Penguingate) was the sequence of events in July 2014 starting from a complaint about gay-friendly children's books at the National Library. These included one about a pair of male penguins raising a chick together. The grouse led to their removal and pulping by the National Library Board (NLB). The debacle continued with the public reaction and heated debate that the NLB's actions engendered.

On Monday, 7 July 2014, Teo Kai Loon, a member of the group “We are against Pink Dot in Singapore” posted an update on its Facebook page informing readers that he had sent an email to the National Library Board (NLB) demanding the removal of the following LGBT-friendly children’s books from its children's collection:

The NLB complied and the books were removed from circulation. The NLB further affirmed its "pro-family" stand with regard to the books it added to and removed from the collection. 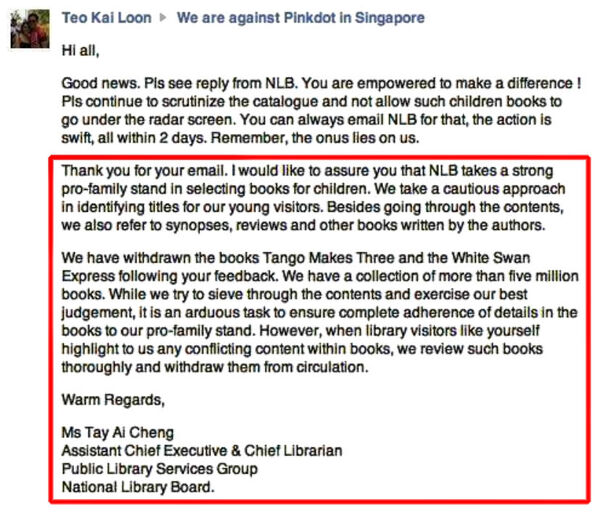 Upon learning that the National Library Board had removed the two children's titles from its shelves following Teo's email complaints that they were not "pro-family", netizens immediately pushed back on Monday, 7 July 2014 itself. At least two petitions calling on the NLB to reinstate the titles made their rounds online[1]. 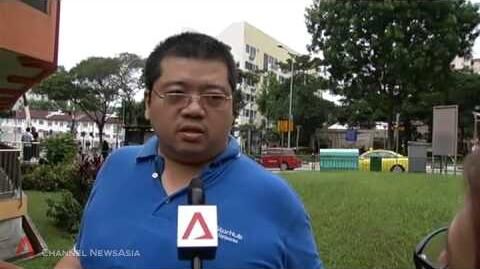 The NLB's actions led some to question the kind of message it was sending out. Assoc. Prof. Paulin Straughan, sociologist at the National University of Singapore, said, "I think we have to be very cautious how we address this issue because the important message we have to uphold always is regardless of your sexual orientation, you are an important member of our community. And you don't want to demonise or cast a deviant label on somebody who has an alternative sexual orientation. Of course from a parent's perspective, it's a very difficult stance to take. When we are socialising our children, we would want them to stay within the norms and values the family prescribes to... So that's where we have to be mindful, that primarily, that is the responsibility of the family."

She added that while some parents may prefer that the state's norms are in line with the message they want to send to their children, it's a no-win situation. "You demonise homosexuality, you end up demonising real people who are in your community. And I think given that scenario, it's important for us to remain inclusive, especially when it comes to sending messages to young children," she said.

Those that opposed the NLB's decision said the books were a good way to broach sensitive subjects with children, as well as provide them with different perspectives. Sociologists said it was a good opportunity for parents to step in to set the context so their children did not grow up with prejudices. Some parents said the onus was on them to help their kids understand issues better. One of the parents quipped, "Just pulling it off the shelves is not the answer. If the parents can explain the books, it would help, but not every parent is equipped to explain such a difficult matter."

Assoc. Prof. Straughan opined, "I don't think any parent would really want their child to end up discriminating against another human being. But the seeds are sown when they are young, and when we teach them very straightforward kind of messaging that this is right and this is wrong, there's no in-between. And they grow up believing that's the case, I think in terms of growing an inclusive society, something goes wrong there."

When contacted, the NLB referred to its original statement issued on Tuesday, 8 July 2014 where it said that it took a pro-family and cautious approach in selecting books for children, and exercised its best judgment when it came to assessing the content of books. It added that it continually reviewed its children's collection. The NLB's statement also said, "We also refer to synopses, reviews and other books written by the authors. Parents can be assured that NLB is sensitive to their concerns and views, and their feedback."

It was ironic, as is the case with most banned publications in Singapore, that the NLB's actions gave rise to intense public interest in the book which was freely available in video form on YouTube[2]:

In a press conference held on Thursday, 10 July 2014 at the children's section of the Toa Payoh Public Library, Jasna Dhansukhlal, the Assistant Director of NLB's Public Library Services, said the books And Tango Makes Three, The White Swan Express: A Story About Adoption, and Who's In My Family: All About Our Families would not be reinstated and were slated for a "discarding process" where they would be pulped in accordance with library policy for withdrawn books[3]. The NLB's decision to stick with its original action came despite two petitions that surfaced online, and feedback from members of the public. 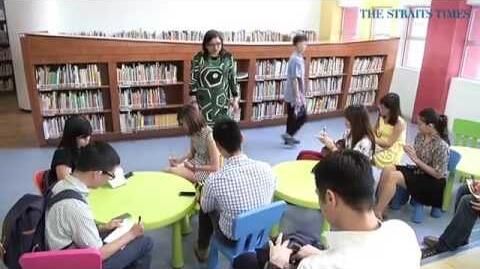 Jasna added that the NLB received 20 requests in a year to remove library materials across all sections. But she was unable to give figures for the books that got removed a year. The NLB also used "a variety of selection tools" when acquiring books. These included book reviews and trade journals. It also had a Collection Development Policy that guided the procurement of books. The library acquired around 1 million library materials a year. In response to queries about the NLB's "pro-family stance", Jasna would only say that the NLB's pro-family stance "was in line with that of MOE and MSF".

When asked about three other titles, all of which were sex education books, namely:

she replied that the titles were currently "not in the catalogue". When queried if they were previously included in the NLB's collection and were subsequently removed, Jasna said she did not know and would have to check.

These books were withdrawn from the public libraries as early as April 2014 after the NLB received email complaints from the public about them that they were not "pro-family". The books contained references to same-sex couples.

Two copies of And Tango Makes Three and one copy of The White Swan Express: A Story About Adoption were brought to the press conference for reporters to browse through. The NLB said these three copies were the only ones it had in its collection. The books were pulped soon after. 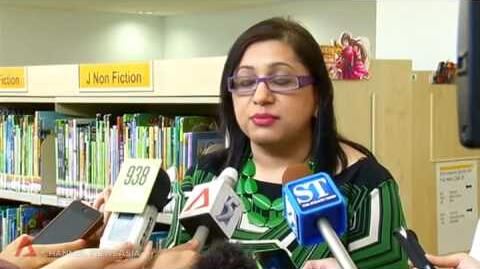 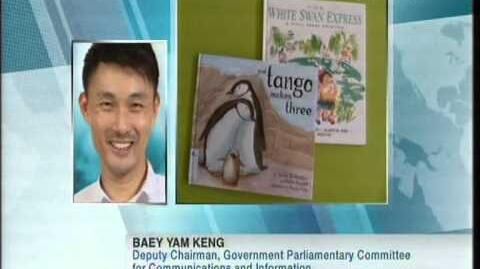 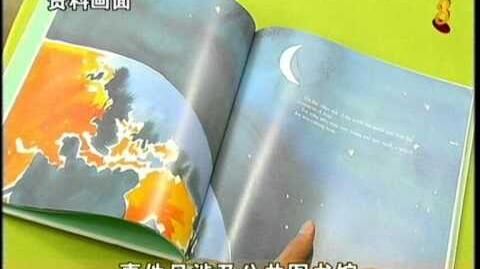 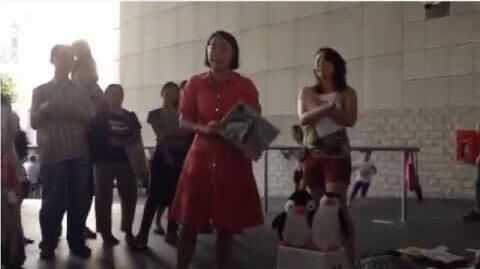 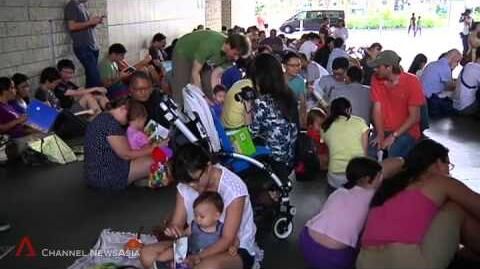 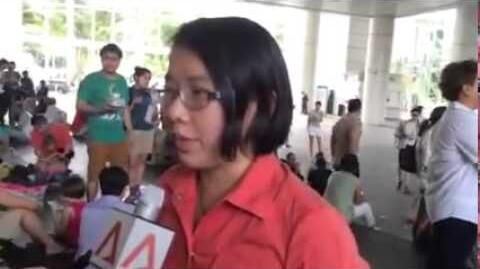 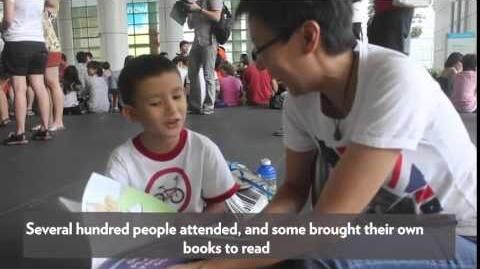 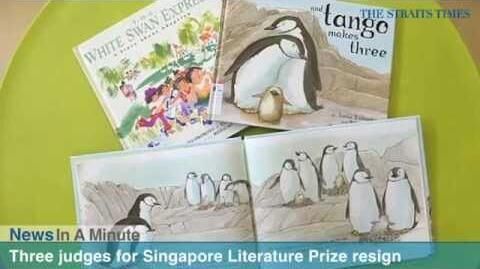 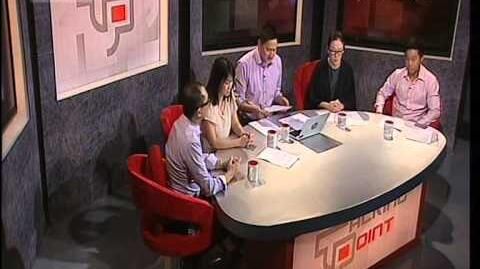 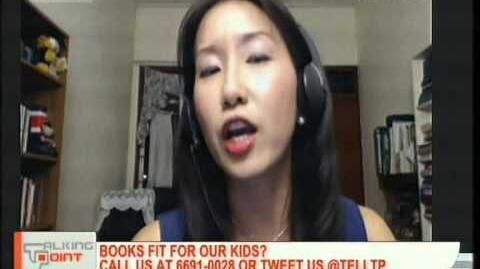 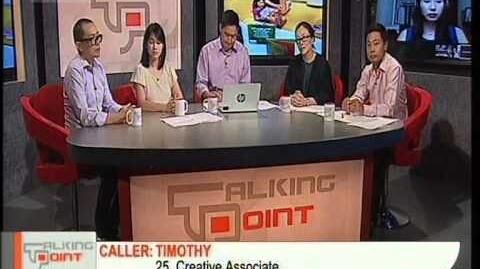 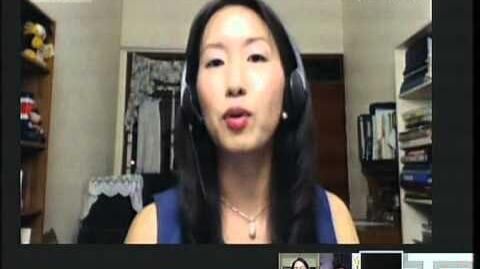 Views on the News episode[]