The very first Pink Picnic, officially titled In the Pink, was held on 9 August 2007 from 4:30pm till late at Palm Valley next to Symphony Lake in the Botanic Gardens. It was organised by Miak Siew as part of the third annual IndigNation in 2007, Singapore's LGBT pride month.

According to sources, Thio Li-Ann got wind of the event from PLU's website and alerted the National Parks Board, which resulted in its ban. The idea was for people to come to the picnic held on National Day wearing something pink - it was both a colour representing sexual orientation as well as an amalgamation of Singapore's red and white. The complaint went to the police and even up to the Deputy Prime Minister's office. The Botanic Gardens was told to look out for anyone wearing pink, and if 5 or more persons gathered, the Gardens were call the police immediately because it would constitute an unlawful assembly. The organisers had no choice but to cancel the event.

The following update was published on the IndigNation 2007 event page on 5 August 2007:

"This event is cancelled.

“In the pink” - the proposed picnic on 9 August 2007 - is cancelled. See Report of what happened next and photos.

The organiser received a letter from the National Parks Board over the weekend denying permission for the use of the Botanic Gardens for what it called “organised gatherings… by interest groups to politicise their cause”.

The Board is clearly misinformed about the intention of “In the Pink”; it was meant as no more than a social event for friends from the community. But their misapprehension is not surprising, since anti-gay elements are constantly painting every gay activity as dangerous and subversive. We have reason to believe that the Board had been pushed to issuing their letter by such elements.

Never intending to make the picnic a politicised event in the first place, the organiser does not really want to do so now, even in the face of such provocation by the authorities. Thus, it is deemed wiser to cancel the event and issue this statement instead.

However, this does not mean individuals aren’t free to go with their friends and families to the Botanic Gardens on 9 August for their own private picnics. After all, it would be a sad day if the Botanic Gardens were to say that gay people can’t stroll or picnic on their grounds simply because they are gay. Or is that what they are saying?"

Before the cancellation, there wasn't much enthusiasm for the picnic, but now that the authorities had stepped in, lots of people wanted to go. An announcement that the event had been cancelled was made by PLU but people just used word of mouth to say that they would unofficially be going to have a private picnic with their friends at the Gardens dressed in pink...and thus, the (unofficial) Pink Picnic was born![1],[2]

An estimated total of 150 turned up, most wearing pink or carrying something pink, far more than the organiser had ever expected. Some came with their straight friends and families, and everyone had a lovely afternoon. The various groups were scattered around the grounds. “There were many straight families there too with their kids,” reported Jean Chong, “playing with frisbees and goofing around. Nobody batted an eyelid even when we were so obviously gay.” Undercover police officers were observed watching from a distance.

A video, with an accompanying theme song, for the event was recorded by Roy Tan[3]: 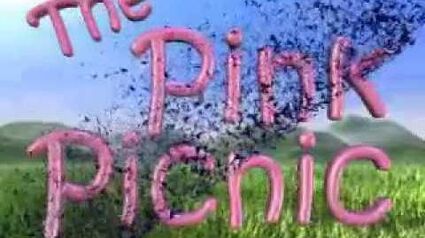