Truvada is an antiretroviral drug combination of 300mg of tenofovir disoproxil fumarate and 200mg of emtricitabine formulated into tablets. It was approved for PrEP use in 2012 by the US Food and Drug Administration (FDA). Even though it has been available in Singapore since mid-2012, Truvada was reportedly offered only by a few clinics and given selectively, for instance, to the spouses and partners of infected people.

All that changed in late 2016 when Dr Dariusz Piotr Olszyna, a senior consultant at the National University Hospital's (NUH) Division of Infectious Diseases, said there was "overwhelming evidence and international guidelines which now recommend PrEP as an important tool in HIV prevention"[1]. Truvada has been shown to be 60-70% and, in some studies, up to 96% effective in preventing the transmission of HIV in gay men and other high-risk groups like sex workers, transgender women, intravenous drug users and HIV-negative partners in sero-discordant relationships[2]. It was gradually and sporadically introduced in parts of Asia in the mid-2010s. While oral pre-exposure prophylaxis or PrEP is starting to transform HIV prevention in the United States, it has yet to be fully integrated into Asian programmes. Representatives from national AIDS programmes, health service providers and community groups from 18 Asian countries are currently exploring how to roll out PrEP in the region.

Many Singaporeans take Truvada to prevent HIV infection if they intend to have unprotected penile-vaginal or penile-anal sex or as an extra precaution in addition to using condoms. Truvada is also prescribed by doctors to individuals belonging to the high-risk groups mentioned above. One tablet of the drug should be taken daily without fail to ensure adequate steady-state levels in the bloodstream for protection against HIV. It may be consumed for life. Sexually active individuals who consider PrEP expensive may save on costs by performing what is called event-based PrEP or on-demand PrEP where 2 tablets are taken 2 to 24 hours before anal sex, followed by 1 pill 24 hours after sex, and another pill 48 hours after sex. If having sex for an extended period of time, a tablet is taken every 24 hours until the individual has 2 sex-free days. This dosage regimen has been proven to still be effective[3].

Patients also need to be followed up regularly. Doctors advise testing every three months for sexually-transmitted diseases and HIV as early detection and treatment of HIV offer a good chance of survival. If a patient is already HIV-positive but does not know it and commences PrEP, it is very dangerous. The infection may be inadequately treated and the virus could become resistant. As PrEP is available only via prescription, Singaporeans who request it will receive counselling as well. At NUH, patients get a comprehensive assessment of their HIV risk and individualised advice on how PrEP can help them in reducing the risk. The monitoring will continue for possible adverse effects. As Truvada may be toxic to the kidneys, renal function tests are done once every three to six months. 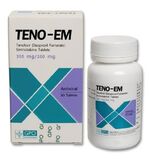 Teno-Em is a much cheaper, generic version of Truvada manufactured in Thailand by Government Pharmaceutical Organization. It has the same composition as the original branded medication, namely, 300mg of tenofovir disoproxil fumarate and 200mg of emtricitabine. 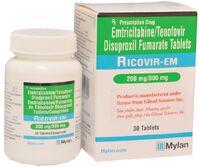 Ricovir-EM is another generic version of Truvada with exactly the same composition, manufactured in India by Mylan pharmaceuticals. It is imported into Singapore by PrEP Online (see below) and sold at a very affordable price of SGD$30 per bottle of 30 tablets.

On 29 November 2016, it was reported in TODAY newspaper that Truvada would be offered by Tan Tock Seng Hospital (TTSH) which sees more than one in two people living with HIV[4]. Two other establishments - the Department of STI Control (DSC Clinic) at Kelantan Lane and the Be Prepared Clinic at the NUH Medical Centre, National University Hospital (NUH) - also planned to offer PrEP[5],[6]. TTSH decided to offer PrEP in early 2016 and hospital staff had been putting procedures in place to provide the service in a systematic and comprehensive manner. By November 2016, the hospital had prescribed PrEP to one patient, a middle-aged man who found out about the service through word-of-mouth. TTSH was in the midst of revising the cost of the medication and senior medical social worker Amanda Yap said the introduction of PrEP allowed the hospital to play a powerful preventive role, reaching out to people at risk. Dr. Tan Kok Kuan of Drs. Tan & Partners said an original Truvada tablet for PrEP cost about S$30 each, with additional costs for consultation and various tests.

Singapore, being a developed country, is not given the concession by major international pharmaceutical companies of officially being able to sell cheaper, generic versions of Truvada and other antiretroviral drugs before the patents and exclusivity granted to the original versions have expired[7]. This is unlike the case in developing countries such as Thailand or India, where local pharmaceutical companies have been licensed to manufacture generics, even before the drug patents have expired, on compassionate grounds because of their large prevalence of HIV infection and the lower per capita income.

Medisave cannot be used to pay for PrEP and the cost of the drugs is not subsidised by the Singapore government.

Much cheaper generic versions (less than one-tenth the price of the branded original) may be obtained through buyers clubs modelled after Dallas Buyers Club, as portrayed in the movie. There are several of these clubs in Singapore. One of them was organised by Rev. Yap Kim Hao of the Free Community Church which has a closeted cell group of HIV-positive churchgoers. A separate club (+65 97531592) which supplies generic antiretroviral drugs to people living with HIV is headed by a volunteer who sells generics at one of the cheapest prices available - one month's supply of generic Truvada costs SGD$70 (plus an additional SGD$50 for shipping and handling charges) as compared to over SGD$900 for the branded version sold at clinics. The price of one pill of Truvada is 30 Singapore dollars, equivalent to about SGD$55 in the UK, SGD$50 in the USA and SGD$35 in Canada. The cost of the generic version in Thailand is SGD$1 and just over SGD$2 after being imported into Singapore via the buyers clubs.

The Ministry of Health and Health Sciences Authority tacitly allow these buyers clubs to source for generic antiretroviral medication from overseas and have them shipped to the Action for AIDS (AfA) headquarters along Kelantan Lane, just opposite the Department of STI Control (DSC). From these stocks, representatives of the clubs can then procure the drugs for sale to individual buyers. AfA may be contacted via their hotline at: 6254 0212.

Some Singaporeans also travel to Bangkok, Thailand to buy Teno-Em, the generic version of Truvada, and to be followed up by the STI specialists there once every three months. Many catch a flight on Friday evening and return to Singapore by Sunday night. Places where generic antiretrovirals may be obtained include Bumrungrad Hospital (most expensive of all the options), the Christian Bangkok Hospital and the Thai Red Cross AIDS Research Center. The latter is colloquially referred to as the "snake farm" or "Sa Pa Ka Chad" in Thai. It is located along Angreedunang Road, at the junction opposite Surawong Road. The Thai Red Cross is reputed to offer the cheapest prices. However, one has to factor in the cost of airfare, accommodation, food and local transport.

One physician who prescribes and sells generic antiretrovirals is Dr. Natthakhet of Sathorn International Clinic, telephone/fax: +66 (0) 20093877, e-mail: sic56216@hotmail.com. He used to work at the Thai Red Cross. Opening hours are from 5pm to 8pm on weekdays and 8:00am to around 6:00pm or 7:00pm on weekends. Many Singaporeans who are wary of the large crowds at the Thai Red Cross consult him.

The price of a bottle of original Truvada in Thailand is over SGD$100 whereas the generic Teno-Em costs less than half of that.

While most Singaporeans are familiar with Pulse Clinic, it is not the only clinic in Bangkok that patients can get PrEP from.

There are several clinics scattered across the city that offer PrEP, some of which cater to English-speaking visitors and expats. (You can find out more in this guide specially prepared by Dear Straight People: https://dearstraightpeople.com/2019/11/30/prep-guide-bangkok/ ) 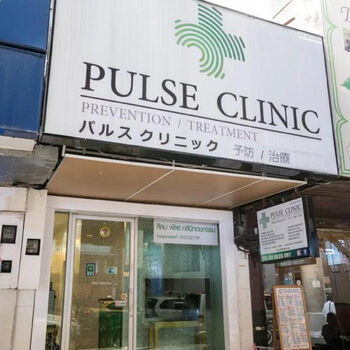 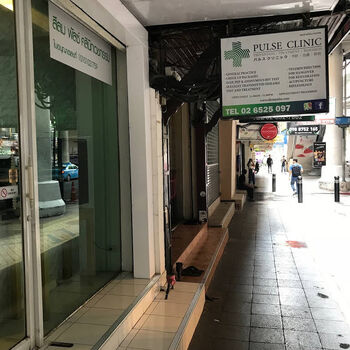 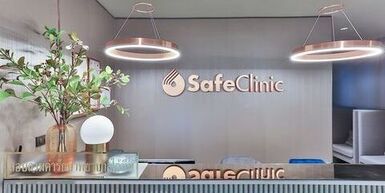 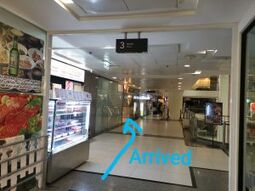 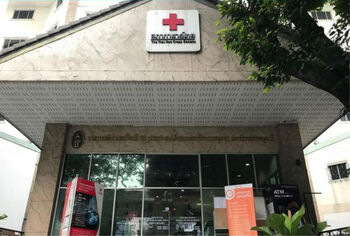 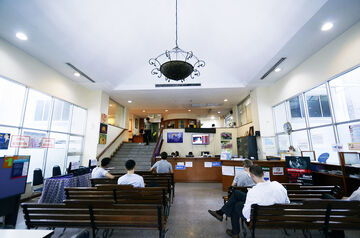 A prescription for a bottle of Teno-Em, containing 30 tablets of the generic version of Truvada, can be filled for about SGD$30 without the need for haggling at Chula MD Pharmacy[9] (also known as Chula Bhesaj Drug Store), located about 5 minutes' walk from Saladaeng BTS. Its address is 942/25 Rama IV Road, Bang Rak, Bangkok 10500. Opening hours are from Mondays to Saturdays from 8:00am to 8:30pm. Telephone number: +66 2 233 5105. Chula's prices are amongst the cheapest as other pharmacies may charge as much as SGD$50 to $65 per bottle. 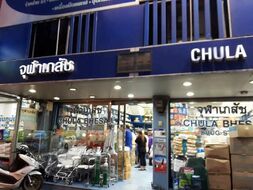 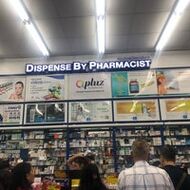 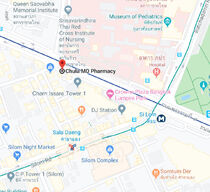 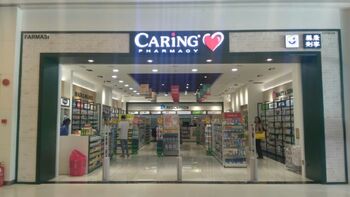 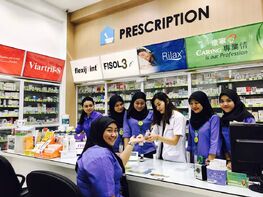 Klinik STI JB offers PrEP and PEP services for Malaysians. It is located at Jalan Mahmoodiah, Johor Bahru. All tests for STIs and PrEP monitoring are done by the clinic, subsidised by Malaysia's Ministry Of Health. Patients only have to pay for the cost of the drugs. Non-Malaysians have to fork out the full payment for the consultations, tests and medication. Individuals requiring more information may telephone the clinic at +60 192371956 or visit their Facebook page: https://www.facebook.com/klinikstijb

PrEP Singapore and PrEP Online are more reliable and assuring alternatives to procuring medication from unaffiliated, independent suppliers who advertise themselves on Grindr and who may charge as much as SGD$75 per bottle of generic drugs from unverifiable sources.

With the establishment of prepsingapore.com, an organisation which works with Singapore and Thai clinics (such as Dr Natthakhet mentioned above) to provide prescription generic medication at affordable prices, and sent to Singapore in accordance with regulations governing the importation of drugs for personal use, it is no longer necessary to travel to Bangkok for cost savings. The site supplies Truvada from Thailand at a third of the prices in Singapore. The Truvada generics are now available cheaply at around SGD$70 for one month's supply (plus an additional SGD$50 for shipping and handling charges) and delivered to homes legitimately as prescription medication through prepsingapore.com. PrEP Singapore began from successful partnerships with Taiwanese hospitals providing generic Truvada via doctors from Thai clinics and directly from pharmaceutical manufacturers to protect the privacy and safety of their patients. It offers the full suite of customer assurance including customs declaration, refunds and service guarantees, and partners with Singapore sexual health clinics to provide similar prescription-based models.

PrEP Online[11] was started by a group of PrEP users based in Europe and Asia who believe that access to PrEP should be made more convenient and affordable for people who need it all around the world. The group works with HIV and LGBT-related organisations around the world to provide up-to-date information on PrEP, and sources for PrEP directly from manufacturers to bring it to the community at the lowest prices.

Talks and seminars on PrEP are periodically conducted by Action for AIDS (AfA) and its subsidiaries, DSC Clinic, Oogachaga, Drs. Tan & Partners, The Greenhouse SG, Lifeline SG, BePrep Clinic and other organisations.

Retrieved from "https://the-singapore-lgbt-encyclopaedia.wikia.org/wiki/Pre-exposure_prophylaxis_in_Singapore?oldid=26060"
Community content is available under CC-BY-SA unless otherwise noted.