He has been one of the most active contributors of local LGBT-related news articles to the Singapore gay news list (SiGNeL)[2] since the latter's formation and has continued his archival work on the Singapore LGBT media archive (SLEMA)[3] since 2015.

Tan has also recorded and uploaded the most comprehensive collection of local LGBT videos to his two YouTube channels - Homosexuality in Singapore[4] and Transgender people in Singapore[5].

In 2005, Tan realised the potential of the then nascent and relatively unknown Wikipedia in informing local mainstream society and the world at large about Singapore's LGBT culture and history.

Tan created the first Singapore LGBT-related Wikipedia article entitled "Singapore gay movement" on 12 April 2005. He subsequently started all the other articles on Singaporean LGBT culture there in the ensuing months.

In dismay, Tan looked for an alternative site to transfer the articles to. He was overjoyed when he found SgWiki, a site hosted on a local server and which used the same wiki markup language as Wikipedia. He then ported all the articles in September 2005 to SgWiki[6], which had a more liberal and LGBT-friendly policy. Even then, some articles deemed sensitive because they rebutted religious condemnation of homosexuality were also deleted by SgWiki's administrators.

Tan also replicated all the Singapore LGBT-related articles on user-constructed knowledge sites such as the now-defunct Knol (an initiative of Google) and on other wikis such as the PBwiki[7] and Wikidot[8](now also defunct). These websites enabled registered users to have complete editorial control over their articles and not be subjected to the whims of appointed editors. However, these wikis used different markup languages from Wikipedia, therefore making porting articles much more difficult than just copying and pasting. The articles first had to be translated to the different wiki language used by the site.

In 2012, Tan searched for and managed to find websites such as the still extant Shoutwiki[9], as well as others like Wikia[10] which used the same wiki markup language as Wikipedia. He then transplanted all the SgWiki articles to these sites - easily accomplished by direct copying and pasting with no translation required.

Tan has also recorded and amassed the most comprehensive collection of local LGBT videos on YouTube, divided into 2 channels because they dealt with separate sets of issues - "Homosexuality in Singapore"[11] and "Transgender people in Singapore"[12]. 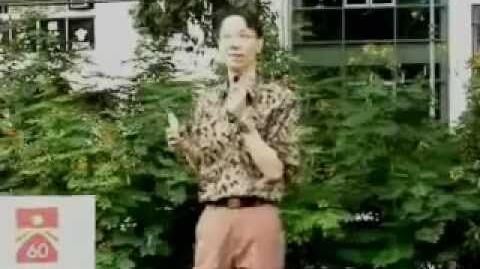 Tan delivered Singapore's first outdoor LGBT-themed speech to an overwhelmingly straight audience at Hong Lim Park at 5:15pm on Saturday, 13 December 2008. He spoke on the discrimination which gay Singaporeans faced at work. The event was organised by MARUAH and entitled, "Human Rights and Dignity of Workers". It marked the 60th anniversary of the Universal Declaration of Human Rights, which promoted the values of justice, fairness, equality and non-discrimination. 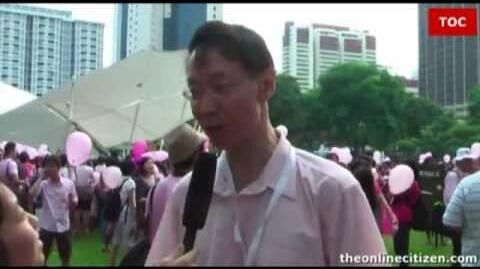 Together with fellow citizen Tien Kim Chuan, Tan marched in Singapore's first and only gay Chingay contingent when the public were allowed to form their own marching group in 2010[25],[26]. 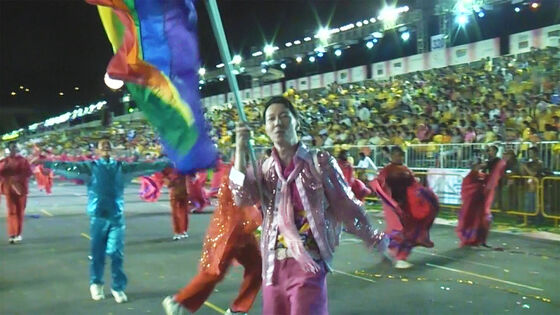 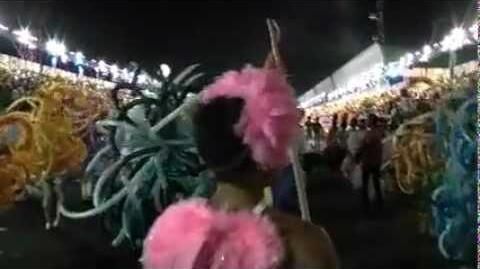 On 31 August 2012, Singapore Internet TV station in988 interviewed Tan on the subject of homosexuality. It was the longest interview conducted with a medically qualified doctor in Singapore on the topic uploaded the Internet to date. The following clip is an excerpt of it[27].

Well known showbusiness celebrities Abigail Chay and Roger Poon were in the studio.

On Friday, 20 September 2019, Tan, then 61 years of age and retired as a GP, filed a new constitutional challenge in the High Court against Section 377A of the Penal Code which criminalises sex between men. He was represented by lawyer M Ravi from Carson Law Chambers. The Attorney-General (AG) was listed as the defendant.

According to Tan, his challenge was based on "novel arguments". For example, the Public Prosecutor had discretion on whether or not to prosecute an accused person under Section 377A and the Government had said that the law would not be enforced against acts done in private. This was incongruous with Section 14 of the Criminal Procedure Code, which requires the police to unconditionally investigate all complaints of suspected arrestable offences. "This subjects gay men to the potential distress of an investigation into private conduct where they have a legitimate expectation that the state will decline to prosecute. It represents not only a contradiction between the Public Prosecutor's prosecutorial discretion and the non-discretionary carriage of criminal justice on the ground but is also a restriction on their personal liberty, which is not consistent with Article 9(1) of the Constitution."

A pre-trial conference was set for 8 October 2019. The case sought to challenge the Court of Appeal's previous ruling in 2014 that Section 377A was constitutional. The 3-judge Court of Appeal had then rejected two separate challenges by Tan Eng Hong, who was also represented then by M Ravi, and a gay couple, Gary Lim and Kenneth Chee. The highest court in Singapore upheld Section 377A, rejecting arguments that the provision contravened the Constitution. The court held that Section 377A did not violate Article 9 as the phrase "life and liberty" referred only to the personal liberty of a person from unlawful incarceration and not to the right of privacy and personal autonomy.

As for Article 12, the court held that Section 377A passed a test used by the courts in determining whether a law complied with the constitutional right of equality. In Singapore, the courts had used the "reasonable classification test" to determine whether a statute that differentiated was consistent with Article 12. Under this test, a statute that differentiated was constitutional if the classification was based on an "intelligible differentia" – a discernible distinguishing feature shared by those who were treated differently – and if the differentia bore a rational relation to the objective of the law. The court held in 2014 that the classification prescribed by Section 377A - men who performed acts of gross indecency with other men - was based on an intelligible differentia.

The court also ruled that Section 377A fell outside the scope of Article 12, which forbids discrimination of citizens on grounds including religion, race and place of birth. The court observed that Article 12 did not contain the words "gender", "sex" and "sexual orientation", which related to Section 377A. Tan felt that the court had erred in ruling that Section 377A passed the test and disputed that the law was based on an intelligible differentia. He said acts of "gross indecency" may take place between men only, women only and a mix of men and women, but "such acts cannot be meaningfully distinguished across the three classes". "However, Section 377A only proscribes acts between males. There is therefore no intelligible differentia as Section 377A was intended to proscribe acts of gross indecency,” he added.

Tan's application joined two other constitutional challenges against Section 377A then before the courts - one was filed in November 2018 by Bryan Choong, the former executive director of Oogachaga, a non-profit organisation working with the LGBT community and another was filed in September 2018 by disc jockey Johnson Ong Ming, who went by the stage name DJ Big Kid, shortly after India's Supreme Court struck down its analgous law, Section 377 of the Indian Penal Code.

On Tuesday, 1 December 2020, Tan, filed an application in the High Court seeking a declaration that Section 377A of the Penal Code was incongruent and inconsistent with Sections 119 and 176 of the Penal Code, Sections 17 and 424 of the Criminal Procedure Code, Section 9A (1) of the Interpretation Act and Articles 9(1) and 12(1) of the Constitution of Singapore[40]. He also argued that the Attorney-General’s position - that it would naturally follow that any prosecution under other provisions which would contradict the non-prosecution stance for male homosexual adults indulging in consensual sex in private would likewise not be in the public interest - rendered Section 377A otiose a fortiori.

Tan, represented by lawyer M Ravi, furthermore sought a mandatory order compelling the members of the Cabinet to move a Bill in Parliament to repeal Section 377A. Under the Supreme Court of Judicature Act (Section 18 (2) read with the First Schedule), the High Court could issue "any person or authority any direction, order or writ for the enforcement of any right conferred by any written law or for any other purpose". Tan applied for the mandatory order because Section 377A had become dead letter and its retention in the face of Sections 17 and 424 of the Criminal Procedure Code, Sections 119 and 176 of the Penal Code and Section 9A of the Interpretation Act was unlawful due to the Executive’s decision not the enforce Section 377A. Under Section 9A (1) of the Interpretation Act, the courts were required to interpret a written law in a way that promoted the purpose or object underlying that law. Parliament's undertaking not to proactively enforce Section 377A rendered the courts unable to perform their legal obligation.

At 10am on Monday, 25 January 2021, appellants Roy Tan, Johnson Ong and Bryan Choong had their cases against High Court Justice See Kee Oon's dismissal of their constitutional challenge heard simultaneously in Court 9A of the Court of Appeal. Owing to the ongoing Covid-19 pandemic, the proceedings, open to the public but with social distancing implemented in the spectator gallery seating, were held via a Zoom meeting between the panel of 5 judges - Chief Justice Sundaresh Menon, Andrew Phang, Judith Prakash, Tay Yong Kwang and Steven Chong - and the appellants' respective lawyers in their offices.

Tan's lawyer, M Ravi, said the ambiguity inherent in Section 377A created uncertainty as to how other criminal provisions should be construed. For example, under Section 424 of the Criminal Procedure Code, a person who was aware of another person's offence had to report it to the police. Ravi said it was unclear if gay men would be prosecuted for failing to report homosexual activity. Ravi refuted a point in the AGC’s submission, which stated that the court should find that a law is absurd in the substantive sense only if it is based on an “extremely high threshold” such as a law that bans left-handed people from using elevators. He argued, “From the AGC’s point of view, the scientific evidence does not conclusively show that sexual orientation is immutable or cannot be wilfully changed, or both. But this also applies to people who are left-handed. Some people consider themselves born left-handed or some who are left-handed choose to be right-handed. Many left-handed people still choose to learn to write with their right hands because society has deemed them as different.” Arguing that Section 377A should then be found as an absurd law by the same logic, Ravi said: “Both are laws that are absurd and distinguish a special class of people who are not allowed to behave in the way they are supposed to.”