Solos was the first gay feature-length film and undoubtedly the most sexually explicit gay movie to be made in Singapore. It tells the story of the relationship between a junior college student and his male teacher. The movie stars veteran actor Lim Yu-Beng as the teacher, co-director and screenplay writer Loo Zihan as the student and Goh Guat Kian as the latter's mother who suffers from depression. Also co-directed by Kan Lume, it bagged the Premio Nuovi Sguardi Award at the 2008 Torino GLBT Film Festival[1]. Producer Florence Ang announced that the film would be withdrawn from its world premiere on April 25 2007 at the 2007 Singapore International Film Festival "to preserve the principle that films at the festival should be shown uncut". Censors had demanded 3 cuts to the 77-minute dialogueless film. It was never shown in Singapore.

Inspired by true events, Solos explores relationships among three individuals who are struggling to open up their feelings towards each other[2]. Filmmakers Kan Lume and Loo Zihan co-directed this pathos that dramatises the selfishness of love and its tragic outcomes. Set in contemporary Singapore, Solos follows the endeavors of Boy, Man and Mother. Having been in an illicit relationship with Man (Lim Yu-Beng) for years, Boy (Loo Zihan) eventually grows up, becomes restless, wishes to quit the relationship and start seeking new sexual adventures. Conversely, Man still wants to be with Boy and for them to settle together. Meanwhile, Mother (Goh Guat Kian) is devastated that her son (Boy) has abandoned her and has been in relationship with Man. She blames herself for everything Boy has turned out to be and wishes her son to return home to her. As the three characters fight their own demons, Solos juxtaposes reality and surreal scenes in order to give clues of each character's inner desires. Each scene in Solos is at once highly stylized and painfully realistic. The film has minimum conversation to give freedom to the audience individual interpretation of the film. It relies on strong visual imagery and sound-design to convey the story. 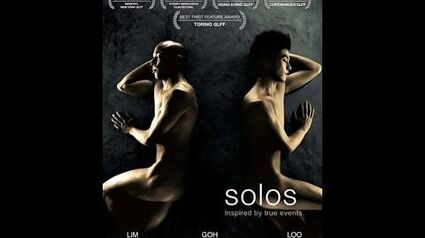 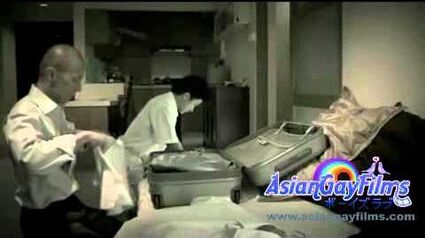 In a press statement issued 20 April 2007, producer Florence Ang announced that the film would be withdrawn from its world premiere on April 25 2007 at the 2007 Singapore International Film Festival "to preserve the principle that films at the festival should be shown uncut"[3]. Censors had demanded 3 cuts to the 77-minute dialogueless film. Many gay film enthusiasts were dismayed.

The decision followed the rejection of the producers' appeal to the Board of Film Censors which had earlier rated the film R21 with three cuts in the film.

"What is the benchmark in deciding what should be censored?" Ang said in an interview with Fridae.

"Viewers are making a choice when they buy their tickets," she said, noting that festival goers typically peruse programme guides and thus know what they are signing up for and are therefore unlikely to be shocked by the movie's sex scenes.

When asked about how the controversial student-teacher relationship might impact the way the film is being read by a mainstream audience, Ang however preferred viewers to consider the film's message of keeping communication channels open not only between lovers but also in parent-child relationships as evidenced in the film.

Despite its initial setback, Ang hoped for Solos to be shown at closed-door screenings in Singapore in July 2007 and at foreign film festivals later that year.