The Ah Kua Show was Singapore's first one-woman transgender play, performed in August 2009. It was based on the life of transwoman Leona Lo, then a 34-year-old public relations consultant. Ah Kua is a derogatory Hokkien term for a male-to-female cross-dresser or transgender woman.

The play highlighted the struggles she had to overcome, including her difficult teenage years being taunted throughout her school days, the discrimination she faced, mandatory military service, school in England, and finally her sex change in Thailand. It was based on Lo's autobiography, "From Leonard to Leona, A Singapore Transsexual's Journey to Womanhood" which was published by Select Books in 2003 and released in Singapore in 2007.

The play, directed by Emeric Lau, premiered at the The Substation's Guiness Theatre on Friday, 7 August 2009. Tickets to its three-night run were sold out. Extra chairs had to be added extra chairs to cope with the overwhelming demand. In fact, a special matinee on Saturday afternoon, 8 August 2016, was added to accommodate the demands of the crowd.

The Straits Times' Razor TV gave it extensive publicity, filing several video reports about the performance and the attitude of Singaporeans towards transgender people[1]: 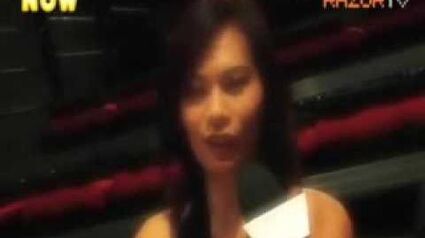 In August 2010, Lo travelled to New York to present a longer, three-act version of the play. She wanted to draw international attention to her searing viewpoint that the life of a transsexual woman in Asia was limited to sex work. The new version, directed by Richard Chua, was a collage of experiences dealing with the difficulties of being a transsexual person in places like Malaysia, Hong Kong or Bangkok.

The play was presented at the "La Mama" alternative theater in Manhattan's East Village. It was one of the 197 events and the only Singaporean offering to form part of the XIV New York Fringe Festival. The performances were staged on 18 small and experimental theaters, and were a far cry from the glitzy, big-budget Broadway productions.

"The idea is to open up the eyes of the world and to apply a bit of pressure on these countries to grant these women official recognition," Lo told AFP after a recent presentation. Transsexuals had different experiences across Asia, and the show, which included song and dance numbers, attempted to portray this variety. The "Ah Kua Show" covered a broad range, from 'ladyboys' in Thailand to transgender women in Malaysia. Islamic clerics often turned the Malaysian transgenders in for counseling, "and they can only have jobs as sex workers," said Lo. In Thailand, transgenders "can only be show girls" because they were discriminated against and could not find regular jobs. In Hong Kong, transsexual men who had not undergone an operation were in high demand.

However, in Singapore "we are ahead of a lot of Asian countries," said Lo. "I can marry a guy and I have a passport." Nevertheless, "there is a lot of silent discrimination for being a transsexual."

In 2009, Lo became involved in the Asia Pacific Transgender Network, the first group of its kind in the region. "HIV is a huge problem among transgender women in Cambodia and Pakistan," said Lo. "Forty percent of all Pakistani transgenders have HIV/AIDS." In Malaysia and Indonesia "they have a huge problem with religion, preventing them from living as women. In Hong Kong we have a case right now where a woman is struggling to get married and we are supporting her."

Also, the group "just helped a transgender woman to escape from Mongolia and she has a refugee status in a European country right now." The show also mentioned frustrated encounters with white western "heroes" who promised eternal love and a ticket out of the world of prostitution and cabarets. Sadly, this dream often ended up being a nightmare.

"There are lots of so called foreign guys who are looking for a transgender woman to bring back to the country and to abuse them," said Lo. "Until I met my present boyfriend, I was in and out of several unhealthy relationships because I also had an illusion of getting the ideal boyfriend and everything else in my life would change." Her advice was, "Be happy with yourself, be happy where you are, but do something constructive with your life."

The American audience who attended the performance thought it was entitled, "The Aqua Show".

Lo told The New Paper over tea at a bar named Oomphatico on Wednesday, 1 September 2010, "I only realised that I was too caught up in my show when someone (a Caucasian) told me that people in New York would probably have no idea what my show was about. If I had called it the Ladyboy Show instead, I think the turnout would have been better. 'But on the flipside, many Singaporeans in New York came to my show because they recognised the term."

When Lo came up with a new script for the show, she decided to take it to the Big Apple when her application to perform at the event was successful. In an interview with The New Paper in 2009, Lo had said that she decided to name the performance the Ah Kua Show to "grab attention" and push tickets.

Her marketing strategy worked then. All 100 $25 tickets for each of her four performances at The Substation in August 2009 were sold out.

But considering that the Ah Kua Show was one of the 197 events that were chosen from 1,000 entries, it was still an accomplishment. In all, there were only 11 international acts, including those from countries such as India and Ireland.

When asked if calling it the Ladyboy Show would have made that big of a difference to festival goers, Lo replied affirmatively. She reckoned, "That name would have been a lot easier to market and it would have made it easier for the people in New York to know what it's about at first glance. (The term) Ah Kua has a strong resonance in South-east Asia. The amazing thing is that I never once thought about changing the name even though the show was going to be in the US. I think I'm doing too much of my own marketing because when you're in it, you just can't see it."

As to whether there was a difference between the local and New York versions of the show, Lo said yes. The one staged in Singapore centred around her experiences as a transgender woman in Singapore. One anecdote in the show was an incident which happened two years ago when she was 'kicked out' of a Clarke Quay nightspot. No original content was cut from that show.

The show Lo presented in New York, on the other hand, had her enacting stories that she had heard from other transgender women. The stories were set in Singapore, Malaysia and Thailand.

Lo said she did not think the new version of the show would have passed uncensored locally. In one act, Lo played a transgendered sex worker who did not want to undergo a sex change and instead flaunted her male genitalia. Also, while she changed her outfits behind a screen at the show here last year, she had no qualms about changing in front of the audience in New York. Lo wore a white swimsuit beneath her clothes and morphed from one character to another on stage by changing outfits once a male voiceover came on the sound system. "I was comfortable because in New York, changing in front of people is like, whatever. In fact, the shows that feature nude people on stage sold very well", she said, with a laugh.

When she was not performing, Lo took in the sights of New York, like Harlem, as it was her first trip there. 'You don't find any Chinese people there (in Harlem) as they're all too afraid to go there. I love the place as it's got such a great vibe.' She also met up with her ex-classmates from Catholic High - whom she hadn't kept in touch with for 20 years - who turned up at her show. They had read about the Ah Kua Show in an article on the Internet in which she was interviewed by AFP. They had missed the show that was staged here. Lo said she received the best responses from the Singaporeans who caught her New York offering.

Singaporean sociologist Dr. Lee Kiat Jin, who was based in New York, was one of them. Dr Lee, 43, felt that the production had been "effective in delivering the main message" about the plight of South-east Asian transgendered women. He told The New Paper on Sunday via e-mail, "I was moved by the plight of the three characters in the production. After the performance, Ms. Leona Lo was besieged by well-wishers."

Taking her show to New York had not just been Leona Lo's only triumph. She was also happily attached to a German man who knew that she was a transgender woman. Lo quipped, "We are soulmates. And we feel passionately and strongly about each other...He's very accepting of who I am." The couple, who had been dating since January, had discussed marriage and adopting children. They had also met each other's parents.

Just last year, Lo's then relationship with an Australian man ended when she told him that she had had a sex-change operation at 21. She met her current beau, a 40-year-old IT support manager, three years before through mutual friends, but nothing happened then. However, early in 2010, when he returned for another visit, there were fireworks. The couple went out on their first lunch date and have been together since.

Lo said, "But before we went out to lunch, he still didn't know (that she was a transgender woman). I sent him an SMS and said, 'This is my story' and that if he didn't want to meet as arranged, that was okay. When I received the reply that said, 'Let's just go out to lunch and find out more about each other', I felt great."

The pair shuttled between Singapore and Germany to spend time with each other; Lo lived in Singapore and her beau in Germany. She wanted to give their relationship 'another year' before planning the walk down the aisle. "My love life before him was a rough and despondent journey. I just want a simple wedding with cupcakes as door gifts," she said.