Professor Tsoi Wing Foo, born in 1933, is an academic psychiatrist who left the Department of Psychological Medicine, National University Hospital for private practice in the 1990s. He has had extensive experience with transgender patients in Singapore since the 1970s and has written several scientific papers and a book on the subject. 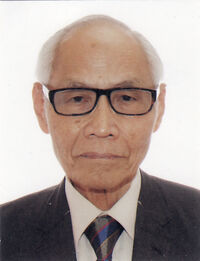 Prof. Tsoi was one of the top students in his cohort at the Faculty of Medicine, National University of Singapore. Graduating with an M.B.,B.S. in 1959, he decided to embark on the specialty of psychological medicine at a time when it was not a popular field, especially in terms of remuneration, because of his love for the subject.

The current Department of Psychological Medicine at the National University Hospital (NUH), which is the main teaching hospital of the National University of Singapore (NUS), had its humble beginnings in 1979, mainly due to the efforts of Prof. Tsoi. In that year, Tsoi, who was a former medical director of Woodbridge Hospital, Singapore's first and only mental hospital, singlehandedly set up the Department of Psychological Medicine in the Faculty of Medicine, National University of Singapore (NUS) at the Singapore General Hospital (SGH). He was joined a year later by his protege Dr. Kok Lee Peng, who also went on to develop an interest in transgender psychiatry. The department gradually expanded and other psychiatrists subsequently joined it. When asked to comment on the relatively late formation of a psychiatric department at NUS, Tsoi explained that after the formation of the Department of Paediatrics at NUS' medical faculty in the 1960s, no new departments were established for many years, possibly because of limited resources and for economic reasons.

There was no psychiatric ward at SGH prior to 1979 but after its establishment, the Department of Psychological Medicine of NUS could provide an outpatient service with access to a limited number of beds in medical wards. The department shifted from the Faculty of Medicine Building to the old Medical Unit II office at Bowyer Block in July 1985. It continued to provide consultation-liaison psychiatric services to all the departments in SGH. In 1985, a new Department of Psychological Medicine was set up at NUH. It had a locked 28-bedded ward and provided treatment for a variety of psychiatric conditions.

Tsoi developed an interest in transgender psychiatry in the 1970s and is one of only two pioneers in local psychiatry dedicated to the needs of transgender people. Since 1971, transgender patients who intend to transition must first pass a battery of psychological tests before they are certified by him or another psychiatrist to be fit for hormone therapy and sex reassignment surgery.

Currently in private practice, Prof. Tsoi charges his transgender patients a relatively low consultation fee. This, coupled with his experience and knowledge of the field make him an invaluable part of the community. Many transgender people, however, fear of losing his services in view of his advanced age. Alternative psychiatric service providers charge about $500 for the first visit, an unaffordable sum for many patients.

Developmental profile of 200 male and 100 female transsexuals in Singapore[]

Male and female transsexuals: a comparison[]

The aim of this study is to describe and compare the characteristics of 320 male and 130 female transsexuals in Singapore. The subjects were given a semistructured psychiatric interview. The results showed that the males were slightly younger, had less education and held lower level jobs. Their occupational preferences were reversed. The male transsexuals started petting, sexual intercourse and having partners about one to two years earlier, but they cross-dressed four to seven years later. Both males and females were homosexually orientated. Other studies showed that late maternal age was associated with homosexuality, but not with transsexualism. These studies also confirmed that transsexualism had its onset in early childhood, and that cross-dressing was an early feature. The Singapore 'transsexuals went through a "homosexual" and a "transvestite" phase before they became a transsexual. Western transsexuals exhibited both homosexual and heterosexual behaviour, and some were married to the opposite sex partners. Male prostitution was reported in many studies.

Failure of psychotherapy alone in the treatment of male transsexuals led to the development of modern sex reassignment surgery. Here we describe our technique, its indications, complications and outcome.

INTRODUCTION: This is a follow-up study of 45 male and 36 female sex reassigned transsexuals. METHOD: The subjects were interviewed before and 1 to 8 years following sex reassignment surgery. RESULTS: When first seen the males (mean age 23.8 years) were slightly younger than females (mean age 24.9 years). The males had less education and held lower level jobs. They started their sexual life about 1-2 years earlier, but they cross-dressed 4-7 years later than the females. The follow-up results showed that 35% were married and all of them had no problems adjusting to their new life. The overall results were 56% very good and 44% good. There is no pre-operative variables that can predict good adjustments for female transsexuals. For male transsexuals, earlier age of transsexual manifestation was related to good post-operative adjustments. DISCUSSION: The females were less satisfied with the surgery, but they adjusted well as the males. The results were comparable with those from previous studies.

The prevalence of transsexualism in Singapore[]

Interview with The Swan Project[]

In 2014, Prof. Tsoi was interviewed by four female team members of The Swan Project, a movement that aims to promote understanding and awareness of transgender individuals in Singapore by providing information, telling stories, support opportunities, and dismantling misconceptions about transgender people. 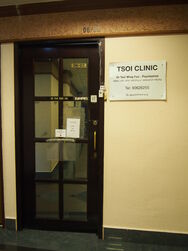 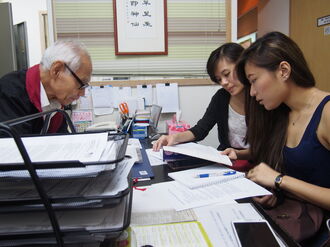 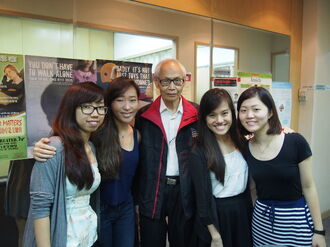 An appointment to interview him was made on Sunday, 21 September 2014 at 2:30pm at Tsoi Clinic, 19 Tanglin Road, #06-02 Tanglin Shopping Centre, Singapore 247909, Tel: 67345191. The interview lasted one-and-a-half hours and covered several topics including the history of healthcare and counselling service provision for transgender people in Singapore, treatment and surgical costs, medical options for transgender people, the current medical scene for transpeople and the future.

Tsoi explained that his role as a psychiatrist was to provide counselling services for transgender people. He diagnoses gender dysphoria and provides referrals for sex reassignment surgery. He also personally administers hormone injections for his patients. He sees about 1 or 2 transgender patients a month, which he considers a large number, cumulatively. He has roughly seen about 1000 each of male-to-female and female-to-male transgender patients.

Prof. Tsoi disclosed that his research posited that psychosexual and transsexual development occurs in linear phases, starting from the “homosexual” phase, then proceeding to the “transvestite” or cross-dressing phase, and finally, the transsexual phase. However, there had yet to be a cause identified by the medical literature. Tsoi elaborated on hypothesis in his self-published book written in conjunction with S Shan Ratnam and Victor H H Goh – "Voices from Within". Many transgender people, however, disagree with Tsoi's theory as they distinctly knew they were transgender since they were very young instead of experiencing the phases mentioned.

He repeatedly emphasised that being transgender “is an inborn thing; it is not behavioural.” He also reiterated that the public and, in particular, medical professionals have to recognise the innate nature of being transgender. Instead of condemning them, transgender individuals deserve equal amounts of respect and acceptance. He hopes that more doctors and influential stakeholders in the healthcare industry can provide healthcare services for transgender people. There are presently only a few psychiatrists and endocrinologists in private hospitals and clinics in Mount Elizabeth, Aljunied and Serangoon Gardens catering to these patients, and many of them lack the confidence to manage them. He added that medical universities in Singapore also do not pay adequate attention to the needs of transgender patients.

This article was compiled by Roy Tan.