Vincent's Lounge opened on 18 May 1989 at #06-05 Lucky Plaza, 304 Orchard Road (former tel. no. 7361360). It was named after its proprietor, Vincent Thnay and was the first East-meets-West pub where Asian potato queens, a large proportion of whom were Malay and some of whom were local money boys, could meet up with their Caucasian aficionados, otherwise known as rice queens. It offered karaoke as well as booze.

Paddy Chew, Singapore's first person living with HIV/AIDS to come out to the general public, used to patronise Vincent's Lounge and recounted his experience there:

"Then we went, and I usually go to this karaoke in Lucky Plaza called Vincent's Lounge. And you know everybody, and everybody knows you are dying, you get first priority. And every time I request a song, the boss will come and say, “You all all there ah, drink ah. You all all there ah, drink ah. Paddy first. Paddy first ah. You all sit down, sit down.”

Vincent's Lounge relocated many years later, shortly after its 14th anniversary in May 2003, to a street-level shophouse at 15 Duxton Road in Tanjong Pagar, renaming itself Vincenz. 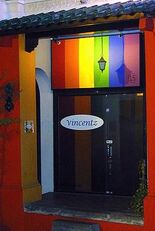 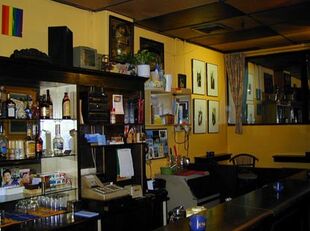 It contained a handsomely elegant wooden bar which offered a large selection of beers on tap. The establishment was called "Venerable Vincent's" and "The Grand Dame of Singapore" for good reason. The newer outlet closed down on 26 March 2005 after 16 years of promoting East-West relations.