Why Not? was a Singapore gay bar located at 56-58 Tras Street, within walking distance of the Tanjong Pagar MRT station; telephone number: 6323-3010. It was opened by a well known pair of gay twins and started life as a karaoke pub before being converted into a disco after the karaoke craze died down. It was reputed to have less posturing and more wild dancing by its patrons than at Happy, another popular gay disco along parallel Tanjong Pagar Road. In 2003, the club's manager was Louie Chang[1]. 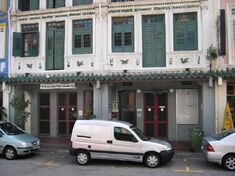 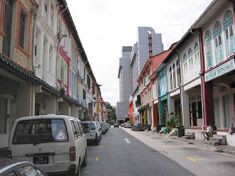 Local web portal SgBoy held its 7th anniversary celebration which comprised a "Prom King" contest and party on Saturday, 15 April 2006 at the club. The event included a "pageant" where one of ten contestants was crowned "Prom King."

Despite drawing the young crowd, Why Not? closed down in mid-2007.