Singapore's first lesbian documentary, "Women who Love Women" was shot in 2006 and used interview footage with 3 Singaporean lesbians - Amanda Lee, Sabrina Renee Chong and Gea Swee Jean - to get a rare glimpse into lesbian lives in Singapore. Intimate and surprisingly candid, these lesbians talk about their lives, loves and views on topics such as coming out and relationships. Sometimes heartbreaking, and oftentimes funny, the documentary captures the lives of lesbians who have chosen to live authentically and is a testament to the courage, tenacity and individualism of lesbians living in Singapore. 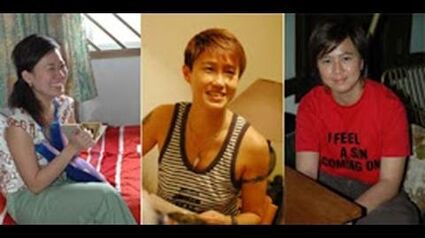 On Saturday, 7 July 2007, the 65-minute film premiered at Pelangi Pride Centre, Bianco, #04-01, 21 Tanjong Pagar Road at 4:30pm[1]. It was produced by 33-year-old graduate student Ngiam Su-Lin and directed by Lim Mayling[2]. A question-and-answer session with the interviewees and filmmaker followed the screening.

The movie was also screened at the 21st Singapore International Film Festival held from 4-14 April 2008[4]. Tickets were sold at www.filmtest.org.sg